In 2014 we designed the book ‘From Bow to Biennale’ for Francis Boutle Publishers, about the long-forgotten East London Group of artists. Their paintings were shown in major galleries across Europe, and then, over the next twenty years, they were utterly forgotten. 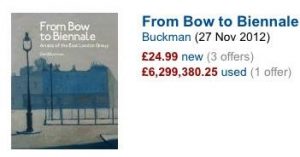 The book was really successful, stirred up a lot of interest in the Group, and sold out. New material had meanwhile been unearthed – so a second, enlarged edition was planned. With money tight, even though the second hand price on Amazon soared inexplicably into millions of pounds, it was funded entirely by a successful and nail-bitingly tense Kick-starter campaign.

The new edition was published last week, just in time for the opening of the exhibition ‘The East London Group – Out of the City’ at the Beecroft Art Gallery in Southend, which features paintings the East London Group members made on trips out of London. With about 70 works on view, including vintage Shell posters and ephemera, the exhibition is a rare opportunity to view works that haven’t been seen since the 1930s.

The Beecroft Gallery is well worth a visit in itself. It is housed in the old Southend Central Library, a brutalist building designed in the 1970s. The interior features a magnificent wall, clad in ceramic tiles by the artist Fritz Stellar. On the way there you might also pass University Square – student accommodation so eccentric that the local press has dubbed it the Marmite building. And surely every visit to Southend requires a long muddy walk by the side of the Thames estuary. 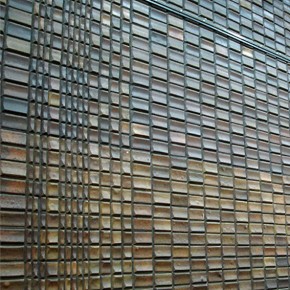 Ceramic wall tiles by Fritz Stellar in the Beecroft Gallery 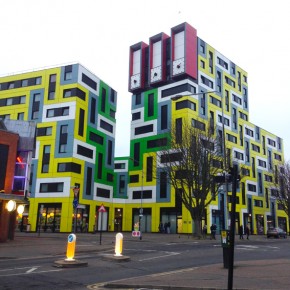 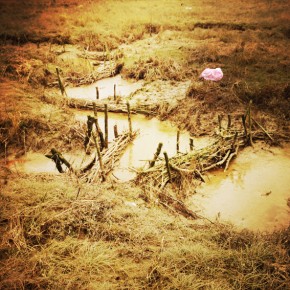 The new revised edition of From Bow to Biennale, Artists of the East London Group by David Buckman is available from Francis Boutle Publishers